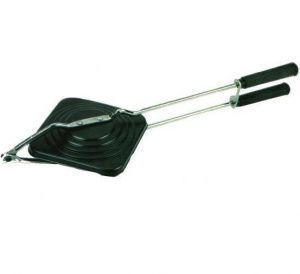 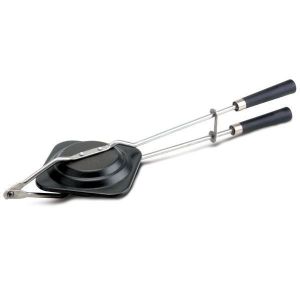 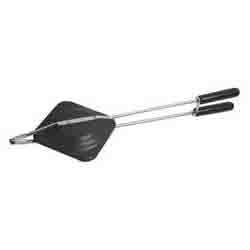 The word 'toast' came from the Old French 'toste', with its Latin root of 'torrere, tostum, that means scorch or burn.

are one kitchen item used to toast bread products. The first electric toaster was invented by Albert Marsh in 1905. General Electric got the patent for toaster in 1909. That appliance was nothing more than an exposed heating elements surrounded by a wire cage to hold the bread. The first pop up toaster was invented by Charles Strite, a master mechanic in a plant in Stillwater, Minnesota, during the World War I on May 29, 1919. He thought that his invention will sell well in restaurants. However, it did not receive immediate widespread popularity until after 1933, when sliced bread was invented. Nearly every home in U.S has a toaster and an average household spends 35 hours in a year on making toast. The first toaster had a colorful name: 'El Tosto'.

Grilling involves placing the food directly over the source of heat, be it gas-fired flame, coals, or whatever. Bar-B-Que, BBQ or Barbecue, whatever you spell is different. Barbecue cooks the food slowly through indirect heat and smoke.

Rediff Shop online has the best collection of Toasters and Grillers over 276 items from every famous manufacturers like Morphy Richards, Philips, Bajaj, Prestige, Sunflame, Usha, Orpat, 3d Mats, Birla Lifestyle. Rediff Shopping understands the need and desire of every consumer and attempt to create an enduring relationship with each of them. . It is a critical job no doubt but it is a must and essential for a good online store. Reinvent best latest items at unmatched enticing prices on toasters and grillers items.

Here is a short list of some of the best selling toasters and grillers models available at Rediff Shop:


Rediff Shopping is a pioneering Intermediary Marketplace committed to giving our Customers & Sellers a good online shopping experience. In case there is any information missing or incorrect on this webpage, you are requested to bring it to the notice of the Seller.
X
X